Here is a listing of poker sites for heads-up hyper-turbos. In this article, you’ll find out which sites I’m using and what are the pros and cons of each site. At the end of this article, I will give my recommendations on where to play.

For the past year, my number one poker site for heads-up hyper-turbos has been 32 Red. I have played most of my volume there and I have noticed that they have the softest games and the best conditions for players. 32 Red is using the Microgaming Poker Network (MPN) which makes them part of a bigger network of pokersites. 32 Red has been around since 2003 and is part of the Kindred Group.

On micro and low stakes the games are extremely good. There are a lot of recreational players and players who are trying heads-up hyper-turbos the first time. During the day time (European time) on weekdays, low to mid stakes have regulars waiting on the lobbies, so I would avoid them at that time. But in the evening games are really good across the stakes.

The most important factor that makes MPN-network an ultimate choice for a heads-up player is the 30% rakeback and playthrough bonuses. If you play a lot of tournaments, the rake accumulates. For example, a couple of years ago I played over 15 000 tournaments on the $7 stake. It meant that I paid $2250 of rake ($15000x$0,15). If I would have played the same volume in 32 Red I would have got almost $1000 more earnings.

Lastly, I wanted to mention one feature which I like a lot in 32 Red. You have the possibility to change your player alias every 1000 hands. In practice, it means that the regulars can’t exploit you because they can’t store enough hands from you.

I have played most of my heads-up hyper-turbos on PokerStars. PokerStars’ biggest advantage is that they have a lot of games available 24/7. Another good feature of PokerStars is that they have the best poker software available. PokerStars also takes players security seriously. They are known for looking actively after bots and cheaters and banning people who act against the rules.

PokerStars has very good games on $1,5-$7 buy-in levels. Naturally, $1,5-3,5 are full of fun players, but in $7 tournaments there is already a significant chunk of regulars. Although most of the $7 regulars are so-called “bad regulars” and the games are beatable.

On the $15 buy-in level, there is a considerably smaller pool of players and the games are accommodated by regulars with fun players casually dropping in. $15 buy-in level’s problem is that you have to play mostly against regulars. Nevertheless, $15 is still beatable with a reasonable strategy, but the win rates are distinctly lower than in $1,5-$7 buy-in tournaments. The stakes of $30 and above are controlled by cartels and you should avoid them at all cost.

The biggest downside of PokerStars is that they are not providing deals. Their so-called “chest” award approximately 3-4% , so there is a differen if you play a large volume.

Pros and Cons of PokerStars

PartyPoker has one distinctive feature compared to 32 Red and PokerStars. In PartyPoker, it is not possible to use a heads-up display anymore. Based on my investigations PartyPoker has better games after the HUD-ban but fewer games available. Still, PartyPoker is one of the three sites you should try to use as a heads-up player. PartyPoker has one feature that I like when I’m one tabling. Their timebank is significantly smaller compared to the other sites. The benefit of a smaller time bank is that you on a regular basis see opponents who time out, and you win free chips.

PartyPoker also has a rakeback program, although I’m not a big fan of that. The program is weekly based and it means you have to play higher volumes in a smaller time frame. In practice, lower stake players won’t obtain substantial rakebacks (10-15% for the most of the ).

Pros and Cons of PartyPoker

Which Poker Site is Best for Heads-Up Hyper-Turbos

It is hard to say which site is the absolute best. All of the three mentioned poker sites are good for heads-up hyper-turbos. If I choose to play heads-up hyper-turbos I would probably play morning and daytime at PokerStars and occasionally at PartyPoker. Most of the volume I would play at the 32 Red in the evenings. Rakeback deals have a great impact on your profitability and that’s why we want to play as much as possible on better conditions.

Do you know other poker sites for heads-up hyper-turbos? If you do, please comment on this article and I will investigate them. 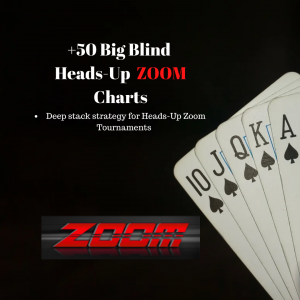